Krishmar Santokie bowled two massive extras in a match at the Bangladesh Premier League for Sylhet Thunders. The wide and no-ball will now be investigated by the Bangladesh Cricket Board. 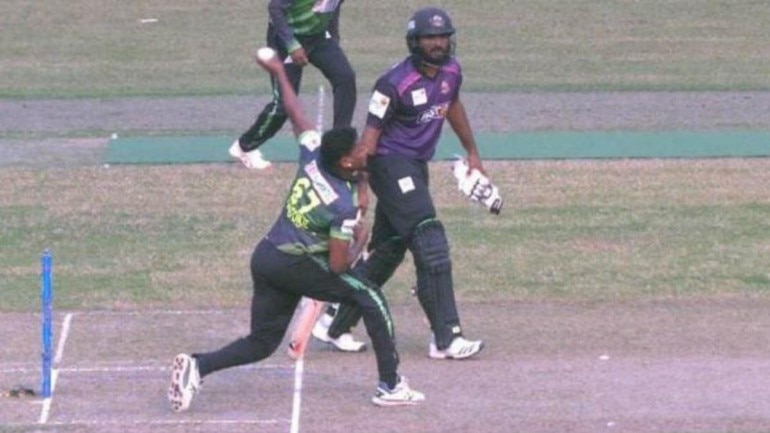 West Indies pacer Krishmar Santokie is under the scanner after he bowled a big wide and then overstepped to bowl a massive no-ball in the first match of the new season of the Bangladesh Premier League.

Krishmar Santokie, playing for Sylhet Thunders, bowled a big wide down the leg side in his third delivery and then two balls later, sent down a no-ball.

The extras raised eyebrows immediately. Sylhet Thunders team director Tanjil Chowdhury said he has asked the Bangladesh Cricket Board to investigate the wide and no-ball.

“The no-ball that he bowled is suspicious,” Chowdhury, one of 7 team directors in the league by BCB, said. “He (Santokie) is not yet called by the BCB but I have lodged my complaint. I verbally requested CEO and Morshed [BCB anti-corruption head] to investigate the matter[ no ball].

“We don’t have anything to do with the playing XI. It is up to the management and the coach. I asked the sponsors whether they interfered in the playing XI and they are refusing to say anything.

“Now we have to talk with the team management and know whether anyone influenced them to play Santokie because it seems he is associated with spot-fixing.”

A no-ball bowled by Krishmar Santokie in the opening match of the Bangladesh Premier league #BPL2019 today. pic.twitter.com/Lvzut5d0Gz

Krishmar Santokie conceded 34 runs in 4 overs and picked 1 wicket. Sylhet Thunders, however, lost the match by 5 wickets after they failed to defend their total of 162.

Significantly, the Sylhet team director said he was also suspicious of the team sponsors and added they insisted on picking certain players during the draft – Tanjil said he was confused with the insistence.

And this a wide, bowled just a couple of balls before that. pic.twitter.com/SItM4IG30x

“On the day of the players draft, there was a lot of conflict between us. Me and team director Sarowar Imran was convinced with certain decisions. The sponsors were insisting on taking a few cricketers and we were not sure why they are insisting to pick those cricketers,” he said.

“We had the chance to pick Nayeem Sheikh and other players. But they preferred to pick players like Sohag Gazi and Santokie. That is the reason we have started doubting them. I have informed BCB governing council members and the BCB president.”

‘We have it totally under control’

Divyansh Joshi ruled out of India’s Under-19 World Cup squad |...

admin - January 10, 2020
0
India Under-19 all-rounder Divyansh Joshi has been ruled out of the upcoming World Cup and has been replaced by Maharashtra's Siddhesh Veer, the...