Neto said Chapecoense was considering keeping him as a board member. The club was mired in debt and relegated to the second division this year. 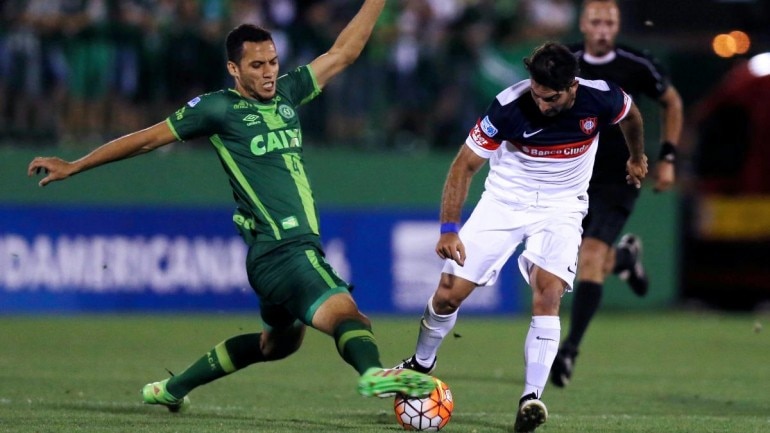 One of the six survivors of the air crash that killed almost all of the Brazilian soccer team Chapecoense in 2016 announced his playing retirement on Friday.

Neto, a 34-year-old defender, spent two years rehabilitating after the crash that killed 71 people in Colombia. He returned to training in March. But in an interview he said his pain was too intense to play again.

“I am in agreement with doctors and the club. I wanted a farewell match, but I chose not to,” Neto told TV Globo.

“My body couldn’t take it anymore. The pains were bigger than the pleasure.

He said his knees and back hurt the most.

Chapecoense’s plane went down en route to the team’s first South American tournament final against Colombia’s Atletico Nacional. It ran out of fuel near Medellin.

The southern Brazilian team was later awarded the Copa Sudamericana title, despite not playing the final.

Neto said Chapecoense was considering keeping him as a board member. The club was mired in debt and relegated to the second division this year.

Two other players survived the crash: Alan Ruschel, a 30-year-old defender, was still active and on loan to first division club Goias, and Jackson Follmann, a goalkeeper who lost part of his right leg, has hopes of becoming a Brazilian Paralympic athlete.

Olympic boxing qualifiers shifted from China to Jordan due to coronavirus

We are least bothered about Navjot Sidhu moving to AAP: Sukhbir Badal

Serena Williams breezes into 2nd round with straight sets win vs Italian qualifier in...