Prithvi Shaw has staked a claim for the third Test opener’s role for the tour of New Zealand with another stunning hundred in a Ranji Trophy match against Baroda. 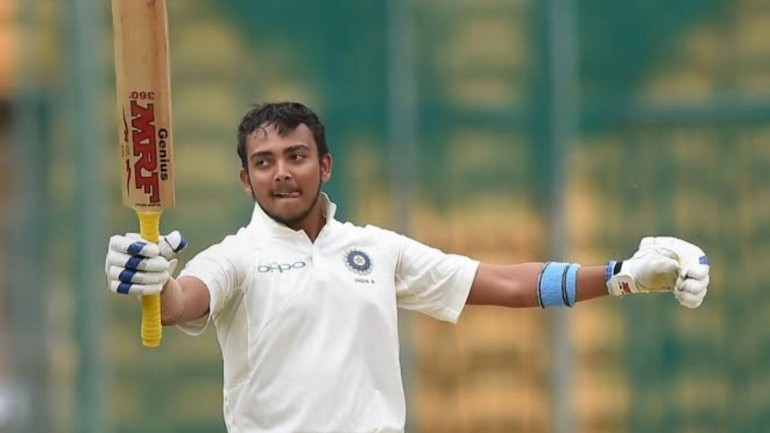 Prithvi Shaw made a remarkable comeback in the domestic circuit after serving an eight-month suspension by the BCCI for failing a dope Test. Prithvi Shaw, who had smashed 66 off 62 balls in the first innings, hit his 9th first-class century off just 84 balls in a stroke-filled innings against Baroda in a Ranji Trophy match.

Shaw dominated the Baroda bowling attack with fluent strokes, hitting 12 boundaries and four sixes and was unbeaten on 122 at lunch on day 3. Shaw has staked a claim for the third Test opener’s role for the tour of New Zealand.

Domestic giants Mumbai earned a 124-run first-innings lead after bowling out Baroda for 307 in the morning session of Day 3. In the second innings also, Mumbai batsmen have dominated Baroda as the visitors have lost the only wicket in the morning session, before taking the lead 314 runs at lunch.

Recently, on his 20th birthday, Shaw had tweeted that it will be a new Prithvi that the cricketing world will witness. And he is leaving no stone unturned as he had a great Syed Mushtaq Ali Trophy with the willow and now he is dazzling on his return in the Ranji Trophy also.

Prithvi Shaw had made a tremendous start to his Test career against West Indies last year when he scored a century on debut and scored another half-century in the second Test as well. Additionally, there were reports of Shaw losing focus during India’s last tour of Australia, where he got injured in a warm-up game.

With Mayank Agarwal making a brilliant start to his Test career and Rohit Sharma also reveling in the opener’s role, it could be a steep climb for the 20-year-old Mumbaikar, the second youngest Indian to score a hundred on Test debut.

Want a smarter brain? Try doing one or more of these things

In current situation, you should be ready to bat anywhere: Shreyas...

admin - January 16, 2020
0
RAJKOT: Shreyas Iyer on Thursday said the current competition in the Indian team demands one to bat at any number after he did...