Ajay Devgn’s 100th Bollywood film, ‘Tanhaji-The Unsung Warrior’ is doing immensely well at the box office. The film that sees Ajay and Kajol collaborating onscreen after nine years is been receiving rave reviews and accolades from the masses and now this Ajay’s ambitious project is inching closer to Rs. 200 crore.

The film that saw a box office clash with Deepika Padukone’s ‘Chhapaak’ has beaten the film at the ticket window. This Saif Ali Khan starrer film is doing extremely well in Maharashtra, especially in Pune.

Moreover, as per the report on Box office India.com, Tanahji – The Unsung Warrior is set to emerge a BLOCKBUSTER as it collected 4.75-5 crore nett on its third Friday with taking the total collection to Rs.1,97,28,00,000 approx. Though this week saw new releases like ‘Panga’ and ‘Street Dancer 3D’ clashing at the box office, it has not made any difference for Tanhaji. After Tanhaji being declared, tax-free in Uttar Pradesh and Haryana, CM-Uddhav Thakeray too declared the film as tax-free in Maharashtra as well. 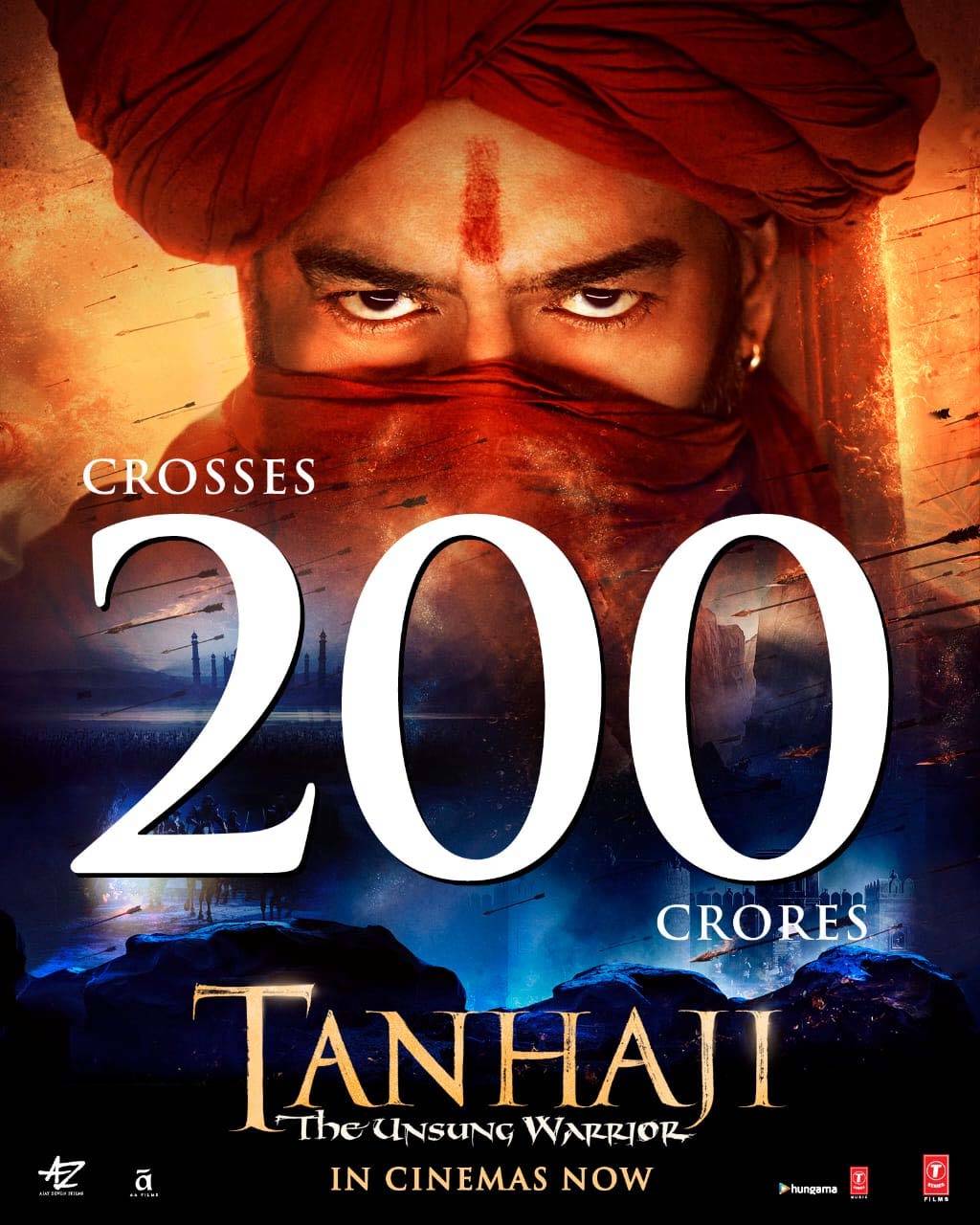 Accordingly, the film is expected to do great business in the coming few weeks. The third Friday collections of the film in the Mumbai circuit are more than the first-day collections of ‘Panga’ which is Rs. 2.50 crore. With this, ‘Tanahji – The Unsung Warrior’ is set to emerge as a BLOCKBUSTER.

Helmed by Om Raut, the film tells an epic story of a Maratha Warrior, Tanhaji Malusare and his bravery. The battle of Kondhana between Udhaybhan and Tanhaji has been depicted beautifully in the film. The film also stars Saif Ali Khan, Kajol, Sharad Kelkar, Padmavati Rao, Elakshi Gupta, Devdutta Nage and others in the pivotal roles.

Anything can happen in this funny game: Ajinkya Rahane hopeful of making ODI comeback