Bollywood actress Anushka Sharma who is on an interim break from films is currently having the time of her life with her dear hubby Virat Kohli. She has been travelling across the globe by accompanying her cricketer husband on his tours. Their vacation pictures to have been doing the rounds on social media. Recently, the couple had been to Bhutan to ring in Virat’s birthday.

Last night, the actress shared a pic where they twining in their white sneakers and enjoying ‘Movie Night’. 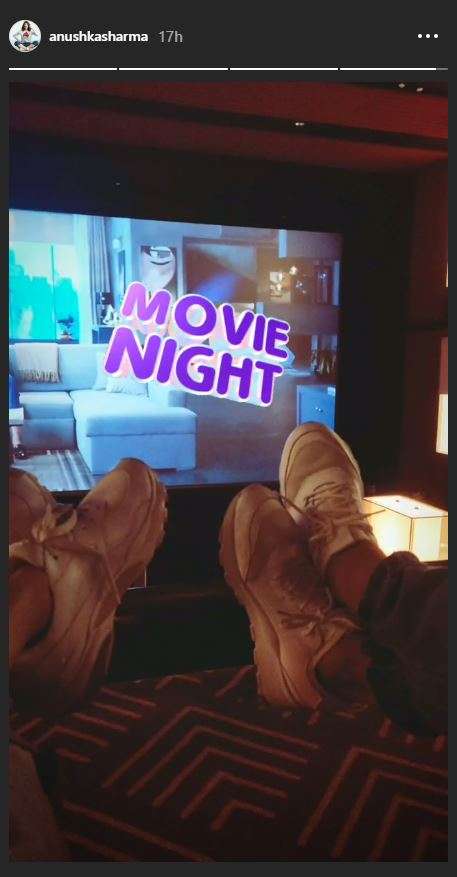 Today Virat took to his Insta handle to share a sweet selfie of the two enjoying their movie date. The Indian skipper shared the picture and captioned it as, “About last night. At the movies with this hottie 😍❤️
@anushkasharma”

Meanwhile, Anushka and Virat, who got hitched in Tuscany, Italy in the presence of their family and loved ones, will be celebrating their second wedding anniversary next month.

On the work front, Anushka was last seen in Aanand L Rai’s ‘Zero’. The movie also starred Shah Rukh Khan and Katrina Kaif in the lead roles. She is yet to announce her next.

Delhi assembly elections on February 8; results to be declared on Feb 11: EC...

IPL is top T20 league in the world, regret not to have played after...