Phillip Hughes died on November 27, 2014, three days after being struck by a bouncer in a Sheffield Shield match. 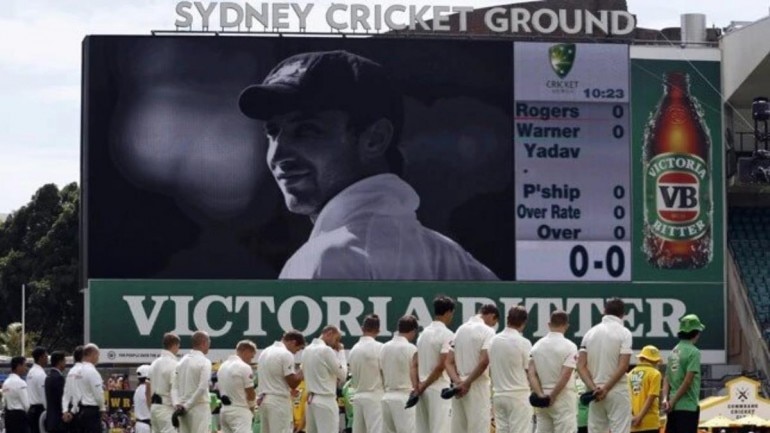 Australia paid homage to late cricketer Philip Hughes, who died after being struck on his neck by a bouncer five years ago, with former captain Steve Smith saying that the game seemed irrelevant the day the tragedy took place.

Hughes was 25 when he was hit on the neck by a bouncer during a Sheffield Shield match in Sydney and died without regaining consciousness exactly five years ago. He was just three days short of his 26th birthday at the time.

“It was kind of a care free week if that makes sense, cricket wise. It was sort of like, this is actually almost irrelevant in a way,” Smith was quoted as saying by ‘ESPNCricinfo’.

Another former captain and now retired Michael Clarke, who was a close fried of Hughes and was among the pall-bearers at his funeral, posted a short message on his Instagram page, paying tribute to Hughes.

“Everyday I think of you, but this week even more. Wish you were here buddy,” he posted.

“Phillip Hughes was the very best of Australian cricket: a man dedicated to his family, a loyal friend, a popular teammate and a prodigiously talented cricketer,” Roberts said.

“He remains in the hearts of players, coaches, staff, volunteers and fans across Australia and around the world. He always will,” he added.

Focussing on psychological state, can decide up from the place I left: Virat Kohli | Cricket Information

How coronavirus may kill the US bail bond enterprise

Series on the line: India look to build on momentum as Bangladesh seek morale...

Freida Pinto’s next is a military drama

How to avoid leaving things behind at airport security

Focussing on psychological state, can decide up from the place I...

US bail bond enterprise in could also be in jeopardy

Riddhima Kapoor Sahni shares an lovable throwback image along with her...

admin - February 6, 2020
0
A woman wearing a protective mask prays at the Lungshan temple during the fourth day of the Lunar New year of the Rat...