India vs Bangladesh: Ahead of the 1st of a 2-match Test series, Bangladesh wicketkeeper-batsman Mohammad Mithun says the visitors are not focussing on the absence of Shakib Al Hasan and Tamim Iqbal but on doing well in India. 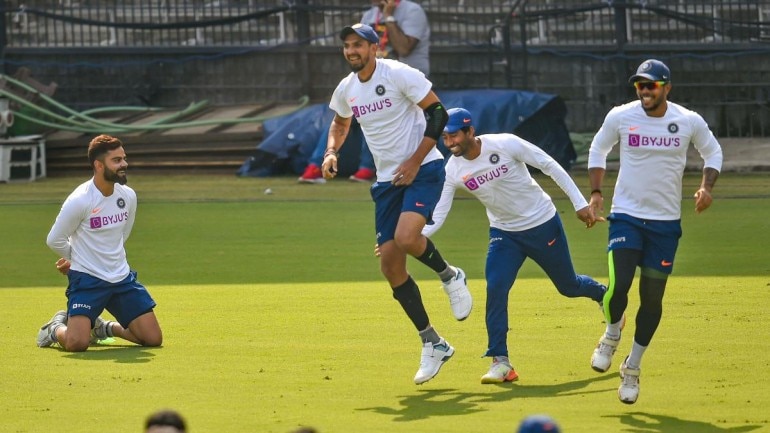 Ahead of the first Test, Bangladesh wicket-keeper Mohammad Mithun hailed team India, saying that the Virat Kohli led side is the ‘best side in the world’.

“We respect them, they are one of the best sides in the world. At home, they are very strong,” Mithun told reporters.

“In the past, India depended on spin bowling attack, however now they have strong pace attack too,” he added.

India and Bangladesh are slated to play their first-ever day-night Test at Eden Gardens, Kolkata, from November 22-26.

“We haven’t practiced with the pink ball, so I don’t have much of an idea,” said Mithun.

Despite Shakib Al Hasan’s absence the team is motivated to showcase a good performance against India in the Test series.

“Tamim and Shakib are our best players and we all are missing them, but we can’t look back as we have to play well as a unit to win here,” said Mithun.

Bangladesh have never defeated India in the longest format of the game.

“In a Test, every session is important. A five-day Test allows each team to have a chance in the match. Everyone needs to contribute. We are not looking for any weakness in their side, we are just trying to strengthen our game,” Mithun said.

“We are trying to improve our game. We have to do a lot of hard work to win here. All five bowlers in their side are world-class,” he added.

The first Test match between India and Bangladesh will be played from November 14 at Holkar Cricket Stadium.

Manoj Bajpayee: I used to be near committing suicide

Virat Kohli will be pleased with the pink ball hundred: Cheteshwar Pujara

admin - June 25, 2020
0
LIVERPOOL: Liverpool shall be topped English champions for the primary time in 30 years with out kicking a ball if Manchester Metropolis fail...