An image of a warship used by some politicians and parties to wish the Indian Navy on Navy Day, Wednesday, created a storm on social media.

Senior Congress leader from Karnataka G Parameshwara was among many politicians who tweeted the image and wished the Indian Navy. He later removed the tweet. The archived version of the tweet can be seen here. 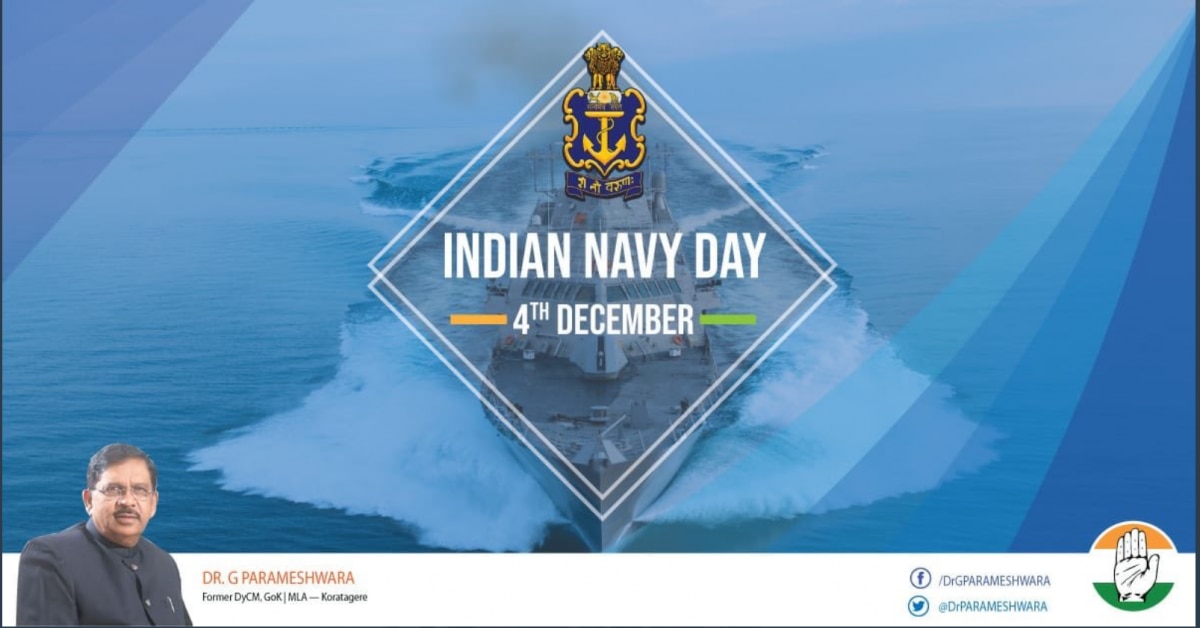 NSUI national president Neeraj Kundan also tweeted the image of the same warship in his Navy Day message, along with pictures of Sonia, Rahul and Priyanka Gandhi. NSUI (National Students’ Union of India) is the students’ wing of Congress.

The archived version of Kundan’s post can be seen here. India Today Anti Fake News War Room (AFWA) has found these tweets misleading. Parameshwara, Kundan and others have used the image of a US warship to congratulate the Indian Navy on Navy Day.

With the help of reverse search, AFWA found that the image is of a ‘Littoral Combat Ship’ used by the US Navy. The image of the warship has come up several times on various US websites. 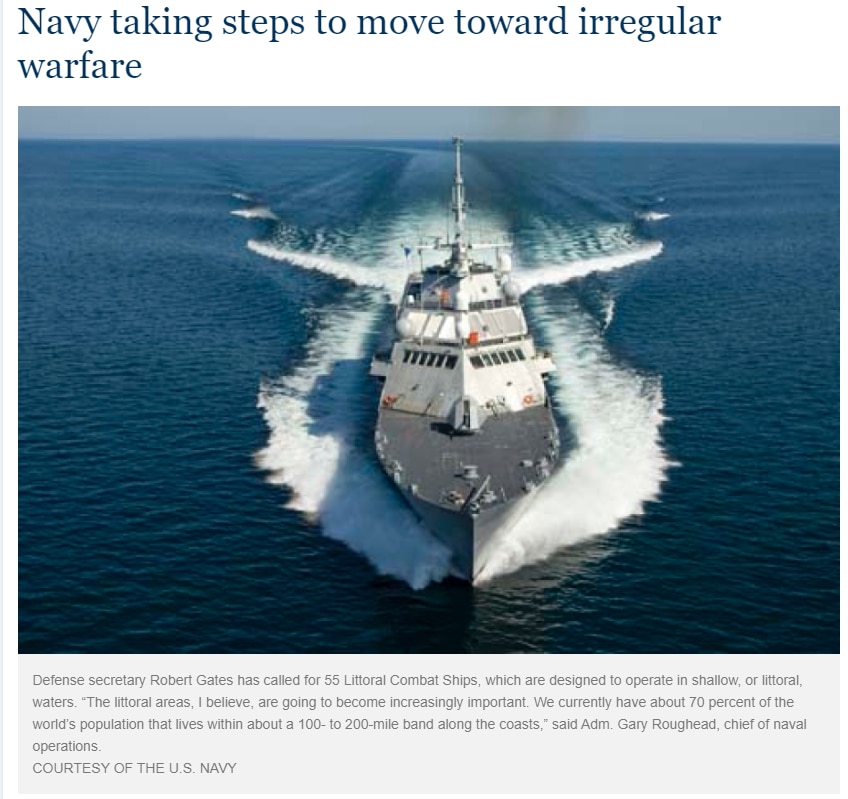 ‘Livefistdefence.com’, a website known for defence reportage, has also tweeted regarding the goof-ups.

The website also said that the official Twitter handle of Congress had tweeted the same image of the US warship to congratulate the Indian Navy, but later removed the post. The screenshot can be seen on the Twitter handle of “Livefirst“.

In 2017, the official Twitter handle of BJP had posted the image of the same US warship to congratulate the Indian Navy.

Greetings on Indian Navy Day. Let’s wear Armed Forces flag with honour and pride. Contribute generously to the #ArmedForcesFlagDay Fund’ to assure our soldiers that the entire nation cares for them & their families. https://t.co/sFwfNCgrcA pic.twitter.com/PHtqYm9QZU

This year, Delhi BJP chief and Lok Sabha MP Manoj Tiwari tweeted an image of a fleet of warships and greeted the Indian Navy saying, “I would like to extend my warm wishes on Navy Day to the brave and dedicated officers who devote their lives to national duty.” 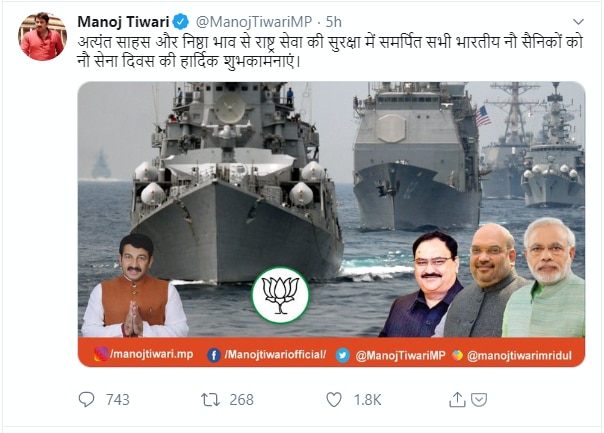 Till the filing of this story, Tiwari’s tweet was liked by more than 4,500 users and retweeted almost 600 times. The archived version can be seen here.

A US flag is clearly visible on one of these warships and Twitterati missed no chance to troll him.

AFWA has found that Tiwari used an image from an Indo- US joint naval exercise held in 2008. This picture is available on US websites as well. Rajput-class destroyer Indian ship INS Rana (D52) is seen leading the passing exercise formation. 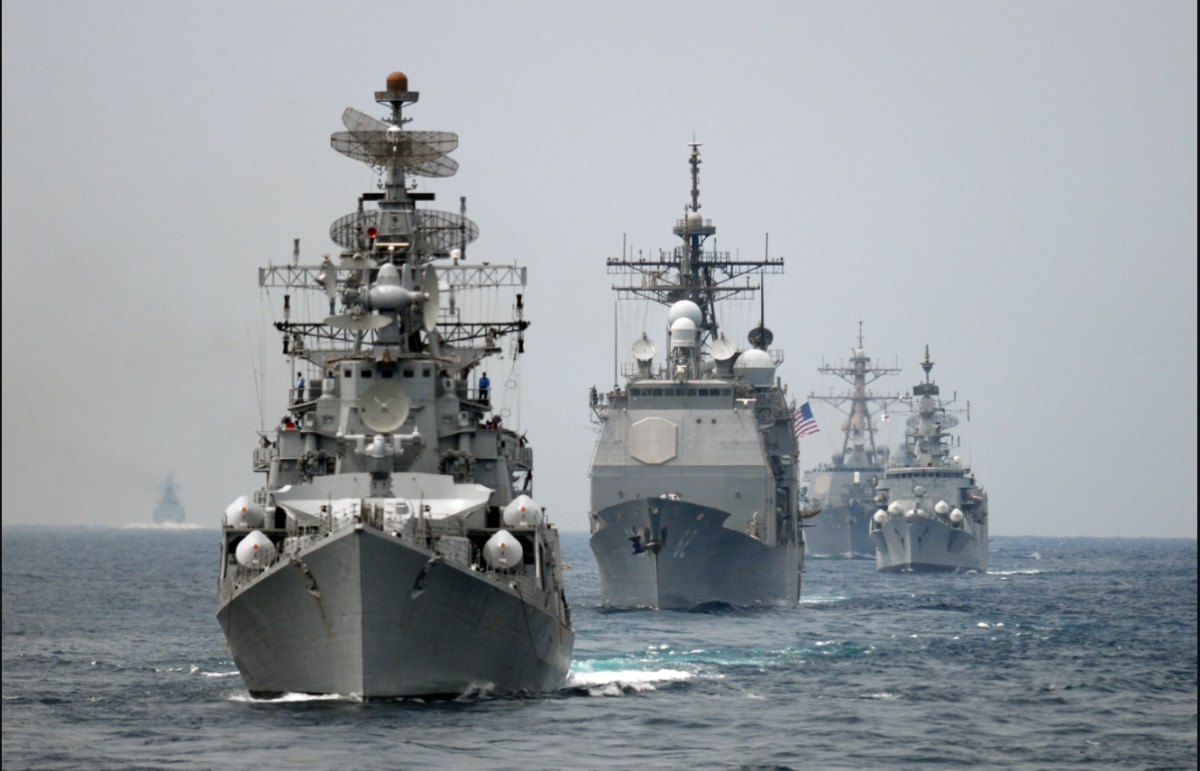 Tiwari later tweeted to clarify that he used an image from an Indo-US joint naval exercise.

The Indian Navy is considered to be one of the largest navies in the world, comprising more than 67,000 active personnel and over 200 warships. The number of crows determines the intensity of the lie.

Begin your day on a wholesome be aware with this immunity-boosting...