India vs New Zealand, 3rd T20I: Virat Kohli on Wednesday got to No. 3 on the list of most runs as T20I captain after going past India great MS Dhoni. 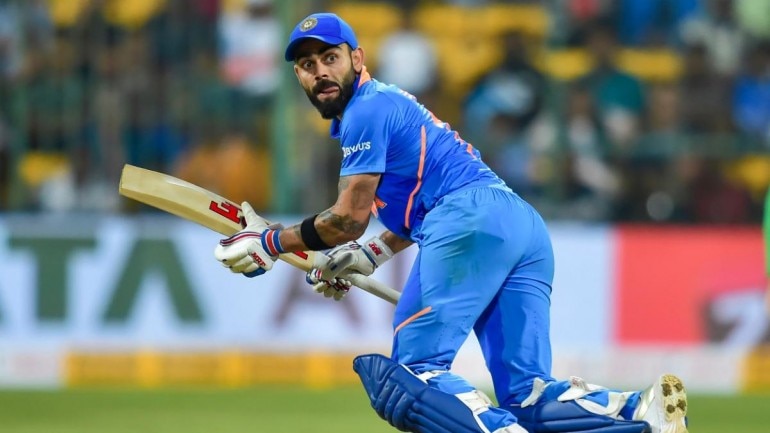 Virat Kohli is continuing his record-breaking spree as the India captain has broken an Indian record held by MS Dhoni.

Virat Kohli went past MS Dhoni on the list of captains with most runs in T20I cricket. Dhoni held the Indian record with 1112 runs from 72 matches at an average of 37.06.

Kohli went past Dhoni’s tally in the ongoing 3rd T20I of a 5-match series between India and New Zealand at Seddon Park in Hamilton. Kohli needed 25 runs at the start of the match and the skipper got there after coming in to bat at No. 4 on Wednesday.

Kohli has taken only 37 matches to go past Dhoni’s tally as captain in T20I cricket.

South Africa captain Faf du Plessis holds the record for most runs as captain in T20I cricket. He has 1273 runs in just 40 matches at an average of 37.44. New Zealand captain Kane Williamson is second on the list with 1148 runs from 42 matches.

Notably, Virat Kohli has the highest average (over 45) when considering top 10 players with most runs at T20I captain

Virat Kohli is already on top of the run-scorers list in T20I cricket. With more than 2740 runs in just 81 matches, Kohli has a staggering average of 51 in the shortest format of the game.

India vice-captain Rohit Sharma is not far behind as he has 2713 runs from 107 matches.

HITMAN on the go pic.twitter.com/cVUXdOeWut

Rohit Sharma played a blinder in Hamilton on Wednesday as he hit a 23-ball fifty after India were sent in to bat by New Zealand. Rohit missed out on an opportunity to get to his 5th T20I hundred as he got out for 65 from 40 balls. Rohit hit 6 boundaries and 3 sixes during his fiery knock at the top of the order.

India though lost a bit of momentum in the middle overs as New Zealand got the wickets of Rohit Sharma and Shivam Dube, who walked in at No. 3 in quick succession.

If Kuber wants to give, then you must keep doors open: Economic affairs secretary

admin - December 3, 2019
0
Verizon CEO Hans Vestberg told CNBC on Tuesday that he does not want geopolitical tensions around 5G technology to become further inflamed.Asked whether...