India vs New Zealand, 1st ODI: Virat Kohli moved past Sourav Ganguly to the 7th spot on the list of most runs as captain for India in ODI cricket. 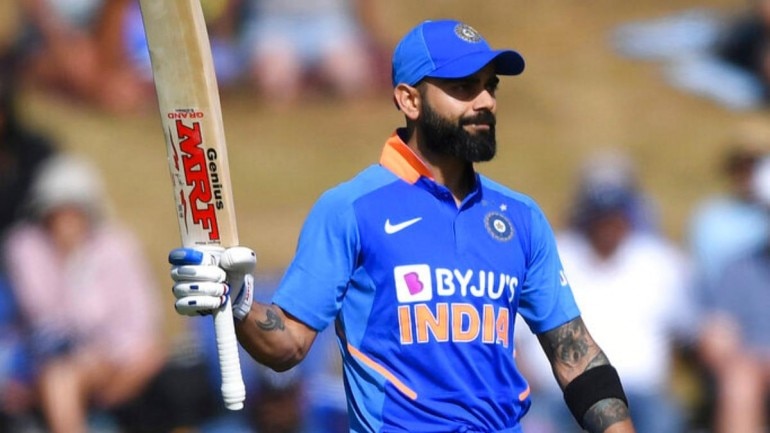 Virat Kohli has made it a habit of breaking records or reaching new milestones with every game he plays for India. The India captain was at it again during the 1st ODI between India and New Zealand in Hamilton on Wednesday.

Virat Kohli went past Sourav Ganguly on the list of players with most runs as captain in ODI cricket. Kohli, with 5123 runs, has gone past Ganguly’s tally of 5104 runs.

Virat Kohli made 51 after walking into bat at No. 3 for India at Seddon Park. The India captain hit 6 boundaries in a well-paced knock wherein he was involved in a 100-plus stand with Shreyas Iyer.

Kohli was undone by a brilliant googly from leg-spinner Ish Sodhi as he had walk back after making his 58th fifty in ODIs.

Kohli is 7th on the list of players with most runs as ODI captain. He is 3rd on the Indian list behind MS Dhoni and Mohammad Azharuddin. World Cup-winning former Australia captain Ricky Ponting tops the chart with 8497 runs.

Most runs as captain in ODIs

Only a week ago, Virat Kohli went past MS Dhoni on the list of players with most runs as T20I captain in Hamilton.

Dhoni held the Indian record with 1112 runs from 72 matches at an average of 37.06. Kohli went past Dhoni’s tally in the ongoing 3rd T20I last week.

Tuesday Trivia: With Rs 1000 crore plus, Deepika Padukone delivered her career-best numbers in...

DoorDash took the lead in the food delivery wars in 2019

admin - January 6, 2020
0
NEW DELHI: Delhi chief minister Arvind Kejriwal on Monday said the upcoming assembly elections will be fought on the basis of the AAP...