Salman Khan and Saiee Manjrekar’s cute chemistry in the just-released song Naina Lade has broken the internet. The actress will be seen as Khushi in her debut film Dabangg 3 soon, but she has already started ruling the headlines. While fans were still talking about her performance in the trailer of the film, her old photo with Salman went viral on the internet. The photo is of little Saiee getting clicked with the superstar at his home.

Just as the photo went viral, Saiee revealed the true story behind it to TOI and said, “I have a very vivid memory of the day. So papa was going to Salman Sir’s house for a meeting and I was like even I want to come and meet him. So I went with papa and that’s the day when we clicked the picture.” 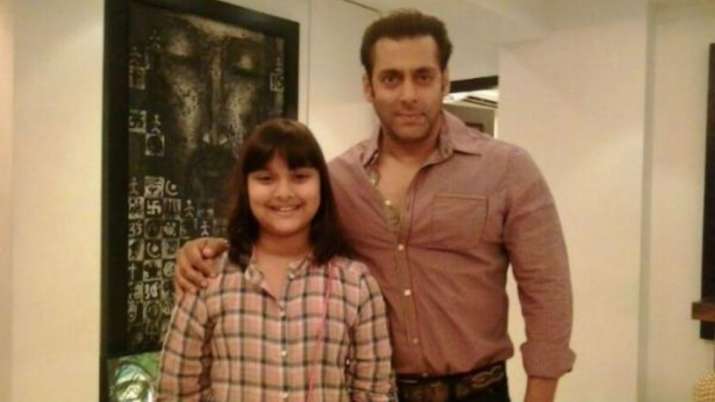 She added, “I was really hungry and that’s when Salman Sir offered me a tray full of chocolates. I had kept the wrappers of the chocolates until a few years back as well. This was even shared on one of my first Instagram accounts which I was never supposed to share, so I think this is from there that it’s gone viral’.”

Saiee will play Salman Khan aka Chulbul Pandey’s love interest in Dabangg 3 named Khushi. She will feature in the flashback scenes of the film and throw light on the initial days of Salman’s cop character. Directed by Prabhudeva, Dabangg 3 is the most-awaited film of the year. Not just the trailer but the songs of the film have garnered much popularity among the fans as well.

Other than Saiee and Salman, Dabangg 3 also features Sonakshi Sinha, south superstar Kiccha Sudeep and Arbaaz Khan in important roles. The film will hit the screens on 20th December 2019.

Rani Mukerji’s Mardaani 2 slows down at the Box Office

admin - December 21, 2019
0
Bollywood is all about glamour, style and juicy controversies and 2019 gave the audience ample topics to debate about. From misogynist characters to...