Salman Khan’s 54th birthday appears to be the most special one for him. The actor has once again become ‘mamu’ to a gorgeous little baby girl on his special day, i.e. December 27th. Salman revealed that he opened his eyes and the first thing he saw was the picture of his sister Arpita Khan Sharma and Aayush Sharma’s second child. The couple has named her Ayat. On the other hand, the superstar also received a very special gift from co-star Bhagyashree’s son Abhimanyu Dassani – The Maine Pyaar Kiya jacket.

Salman Khan threw a grand birthday bash on Thursday night and rang into his 54th birthday amid family members and friends from the industry. Abhimanyu, who was also present at the bash, gifted him a special toke of his love for him, the Miane Pyaar Kiya jacket after 30 years of the film’s release. He shared a photo on Instagram and wrote, “Hope you like your jacket. He was the first person to ever advice me on becoming an actor in 2007. One of the first to be proud of me even before the international release of Mard in 2018….I still feel the strongest and most confident at times when I actually put his words to practice in my life. One of a kind in so many different ways. That Heart that Love. Happy birthday @beingsalmankhan”

Salman Khan looked overwhelmed with the love and wishes from the fans on his birthday. Later in the evening, the actor came outside in his balcony and greeted the hundreds of fans who had gathered infront of Galaxy Apartment to wish their favorite Bollywood actor on his birthday and have a look at him. While waving at his fans, Salman’s eyes were teary, and he looked overjoyed with all the good news coming his way. He also shared the video and wrote, ”A big thank u to all my fans …,” 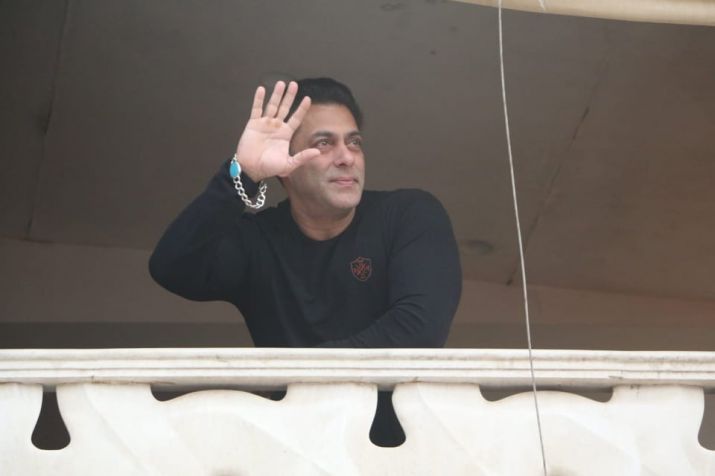 Later, while celebrating his birthday with media, Salman poured his heart out. Talking about his newborn niece, the superstar said that the name Ayat was suggested by his father Salim Khan for his child. The superstar even expressed his desire to be a father soon.

Amul has candy homecoming present for Amitabh Bachchan as he beats coronavirus, Large B feels overwhelmed

Here are some signs that show your diet lacks vitamin

This is the best first aid for mild, moderate burns, as per a study