Uddhav Thackeray will take oath as the 18th Chief Minister of Maharashtra on Thursday. Not just as the leader of Shiv Sena, but as a joint leader of the Maha Vikas Aghadi which comprises of two parties who once were, ideologically, his political opposites, but now have come to his camp to support his claim as the CM, Congress and the Nationalist Congress Party. Bold leaders of Maharashtra politics like Sharad Pawar of the NCP and Ashok Chavan of the Congress have chosen Uddhav as their leader. Uddhav will be the first Thackeray to become the chief minister of Maharashtra.

Maharashtra government, under Uddhav Thackeray, will have one Deputy Chief Minister from Sharad Pawar’s Nationalist Congress Party (NCP) while the Congress managed to get Speaker’s post in its kitty.

CM-Designate despite only 56 out of 288 seats

The weeks following the results saw political equations in the Maharashtra turning topsy-turvy. BJP had a clear majority with 105 seats and Uddhav’s Shiv Sena had only managed to secure 56. Still, Thackeray reminded the ally BJP of its promise to share the CM’s post. But BJP leader Devendra Fadnavis denied that such a promise had been made. An enraged Thackeray called off government formation talks, saying he could not tolerate being dubbed liar. The falling apart of the saffron combine led to the formation of an unlikely alliance between the Sena on one hand and ideologically divergent Congress and NCP on the other. NCP chief Sharad Pawar — seen as the architect of the new alliance — himself has been chief minister of Maharashtra four times. 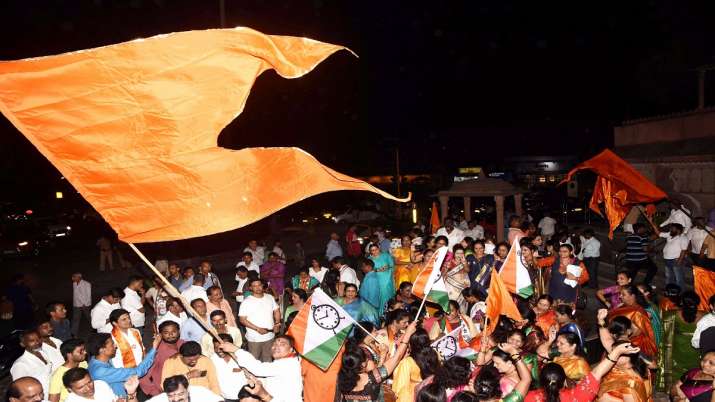 Uddhav Thackeray, the youngest son of Meenatai and Bal Thackeray was a late arrival at the political scene of Maharashtra. Current MNS chief and Uddhav’s cousin Raj Thackeray was once seen as the heir to Bal Thackeray’s political achievements. Uddhav’s first taste of politics was in 1985 when Shiv Sena came to power in the Brihanmumbai Municipal Corporation (BMC).

Through the 1990s, the rivalry between Uddhav and Raj grew. Thackeray was appointed the working president in January 2003. Before Raj Thackeray eventually split the party in 2005, Shiv Sena saw a lot of internal battles being fought between the two cousins.

Despite not having his father’s oratory skills, Thackeray is seen as a thoughtful politician. After the death of his father Bal Thackeray in 2012, rumours grew in the party that a moderate Uddhav will not be able to manage the party. Over the years, Thackeray proved everyone wrong.

In 2014, in the Maharashtra elections, the BJP broke its long-standing alliance with its ideological and political ally — Shiv Sena. At the peak of the Modi wave, the BJP had recently won the Lok Sabha elections with a clear majority. This was also Uddhav’s first political challenge. Still, Shiv Sena managed to win 63 seats in Maharashtra which was an increase of 21 seats as compared to the 2009 polls. In 2019 too, ahead of the Lok Sabha polls, Thackeray chose to partner with the BJP, but claimed that this was a more equal alliance.

The first chief minister of Maharashtra after its formation in 1960 was Yashwantrao Chavan. He held the post from May 1, 1960, to November 20, 1962, when he was appointed defence minister in the aftermath of war with China. Marotrao Kannamwar was the second chief minister, from November 21, 1962, till his death on November 24, 1963. P B Sawant was acting chief minister from November 25 to December 4, 1963.

Rane remained in the post till October 17, 1999, when the Sena-BJP government decided to advance assembly elections. Vilasrao Deshmukh took over as CM leading a Congress-NCP alliance government on October 18, 1999 and continued till January 18, 2003. He returned as chief minister on November 1, 2004, but resigned on December 7, 2008, after the 26/11 terror attacks.

Sushil kumar Shinde was chief minister from January 18, 2003, to October 31, 2004. Ashok Chavan took over from Deshmukh on December 8, 2008. His first term lasted till November 6, 2009. He continued as chief minister after Assembly polls, but resigned in November 2010 over Adarsh Housing Society scam.

Prithviraj Chavan was chief minister from November 10, 2010, to September 27, 2014. Devendra Fadnavis, the first BJP chief minister of the state, has two records against his name. He became the first CM of Maharashtra after Vasantrao Naik to complete a full term, from October 31, 2014, to November 9, 2019.

However, he also earned the dubious distinction of being chief minister with the shortest tenure in his second term.He took oath on November 23, 2019, but resigned on November 26 when the Supreme Court ordered a floor test. It became clear on Tuesday that NCP’s Ajit Pawar, who had crossed over to prop up BJP-led government and was sworn in as deputy CM, could not split the NCP to get the numbers. In terms of number of terms, Thackeray will be the 28th chief minister of the state.

Trump says exams are ‘overrated,’ however will get examined every day