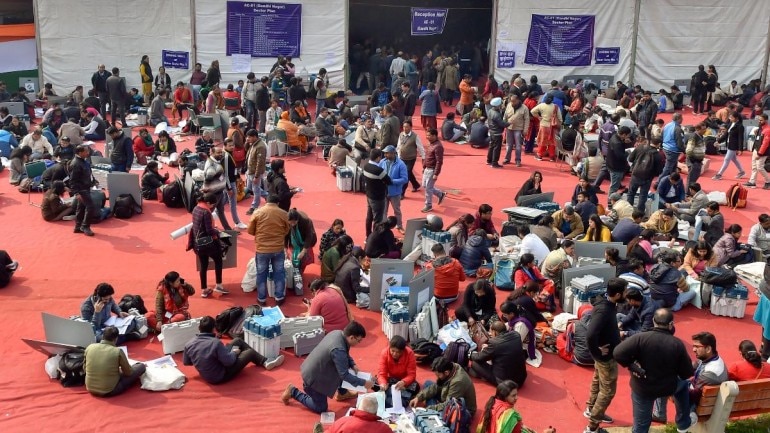 Exit polls to 70 Assembly constituencies in Delhi will be announced on Saturday around 6.30 pm.

The counting of the votes polled in a total of 70 Assembly constituencies in Delhi will begin from 8 am on February 11.

The exit poll results of the Delhi election 2020 will be announced after polling ends in all the Assembly constituencies on the voting day – February 8.

The exit poll results of Delhi Assembly Election 2020 would be declared as soon as the voting process at all the polling booths ends.

The voters can exercise their franchise from 8 am onwards. The voting in all the polling booths of all the 70 constituencies would begin at 8 am and continue till 6 pm, soon after that Delhi election exit poll 2020 results will be announced.

Delhi election exit poll result will come out on Saturday at around 6.30 pm.

Since the Election Commission of India (ECI) mandates all media houses and opinion poll persons to hold back the survey data and their estimations until that time the last vote has been cast.

The tenure of the current Delhi Legislative Assembly ends on February 22, 2020.

The highly-charged Delhi election 2020 is a three-cornered contest between the incumbent Aam Aadmi Party (AAP), the Bharatiya Janata Party (BJP) and the Congress.

admin - February 5, 2020
0
Medical officers spray Indonesian nationals with antiseptic as they arrive from Wuhan, China's center of the coronavirus epidemic, and before transferring them to...